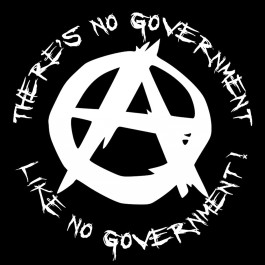 Dr. Ilia Murtazashvili and Dr. Jennifer Murtazashvili have done research on conflict resolution systems in Afghanistan that many ancaps will find interesting. In their paper, “Anarchy, self-governance, and legal titling“, they describe how most Afghanis choose traditional, decentralized conflict resolution solutions over state provided systems. Specifically, the paper focuses on conflicts over land and how, after doing extensive field research, the authors believe that “…it is time to rethink anarchy as a policy option in Afghanistan and similar fragile states.”

The Murtazashvilis are not suggesting total anarchy, but rather a complete laissez-faire system for resolution of disputes over land. This is not simply a matter of economic efficiency, but also the cultural and social norms of the various groups that live in the country.

From a historical perspective in different areas of the world, they point to other academic research:

“The experience on the American frontier provides ample examples of order in the pale shadow of the state. Anderson and Hill (1990, 2002, 2004) depicted how frontier settlers cooperated without relying on the American government in an ‘‘anarcho-capitalist’’ environment. During the California gold rush that commenced in 1848, individuals established informal systems of property rights to allocate access to gold deposits (Umbeck 1977).3 In fact, individuals in each of the major frontier sectors jumped the gun on land settlement by establishing government-like organizations to specify and enforce property rights during times when they had no formal rights to do so (Murtazashvili 2013).”