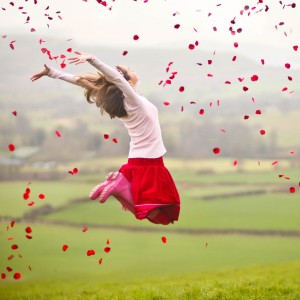 Freedom is the ability to do whatever want. Unfortunately, there are many things that might get in the way. Gravity prevents you from jumping over buildings like an old-school superman. Poverty could prevent you from travelling to southern Australia to see the little penguins that live there. Your love interest might prevent you from sleeping over even though you sent all of those romantic selfies.

With so many constraints on how you can live, it is hard to imagine what it would be like if one were truly free. You could go anywhere and do anything. You would know everything, if you wanted to. These god-like powers would let you live your life exactly how you want. That is the ideal, so what is the reality?

Humans are nowhere near total freedom, but we have made great progress in improving freedom in some respects. Most prominently, new technology has continually pushed back the limits of nature. Access has improved to food, water, travel, information, and many other things that enable us to live more how we want. Science and technology free us in a very real sense, but they are not the only engines of progress. They are just part of a more general term for this type of freedom called capital. When most people talk about capital, they mean physical goods that allow people to do things: hammers, horses, and houses. Yet, capital can be other things too, like the knowledge of how to build a car, or the organizational structure that allows everyone in town to play soccer together, or the supply chains that keep cities fed every day without a farm in sight.

The relatively pleasant lives that people enjoy today, compared to five hundred years ago, is due primarily to the huge amounts of capital accumulated since then. Generations of people have built buildings, machines, and inventions that make our lives easier. To do this, millions of people consumed less than they produced. They saved and those savings were invested and produced a world with a higher standard of living. So the amount of freedom you have is closely linked with the amount of capital you and the other people in your society have accrued. If you acquired enough wealth and technology, you might eventually become totally free.

Unfortunately, it is not possible for more than one person to be totally free. This is because two people might each want mutually exclusive things. The first person might want to play chess and the second might want to take a nap. If somehow one was able to get his way, the other would not be able to get his. Thus, freedom will be limited in any society. The question then becomes how best to do it.

You could follow the royalty model and designate one person as the person who gets to do whatever they want, and the other person gets whatever freedom is compatible with the freedom of the king. In other words, whenever there is a conflict, the king is in the right, and the subject is in the wrong.

This is one kind of conflict resolution system, but not a very good one. There is no rational way to decide who should be the king and who should be the subject, so the only way to decide is by fighting. Fighting further reduces freedom by leading to the destruction of capital and additional conflict. Furthermore, the result of the fight does not settle the question indefinitely, because the king may not always be strong enough to defend his crown. Fighting could resume at any time and put the former subject onto the throne. Thus royalty is only a temporary solution to the problem, and not a very efficient one due to all of the freedom that is lost as a result.

What if we wanted to minimize the amount of freedom lost in our system? This is equivalent to minimizing the number of conflicts that people get into, since conflicts are precisely where freedom is lost by one or more individuals. We might then have a rule that says “do whatever you like unless it would lead to conflict”. If everyone followed the rule perfectly, then there would be no conflicts and nobody’s freedom would be diminished more than necessary.

The ideal of freedom is to let anyone do anything he pleases, as long as his behavior is peaceful…
– Leonard Read

Freedom from conflict is called liberty. Liberty is a specific type of freedom which means freedom from interference in your life by other people. Where capital is a type of positive freedom that improves your freedom relative to where nature would have you (cold and hungry), liberty is a sort of negative freedom that means other people have not taken away your freedom.

You can minimize the amount of freedom lost in society by maximizing liberty. One could have total liberty just by living somewhere where there are no other people. However, this would not make you completely free. You would no longer be free to interact with your friends and family. You would no longer enjoy the benefits of division of labor. You would be constrained in many ways compared to those who have access to society and its accumulated capital structure.

Taken to the other extreme, you might live in a society with impressive amounts of capital, but have no liberty. Other people would interfere with everything you wanted to do, making you a prisoner or a slave. So the benefits of liberty are negated without capital, and the benefits of capital are negated without liberty. Ancaps recognize this and advocate for both liberty and capital.

Having both is not totally possible at present, so most ancaps choose to live in societies where their liberty is diminished but which offer greater freedom in other areas due to capital. There is nothing in anarcho-capitalism that prescribes how one should make trade offs between liberty and capital. It merely says that the ideal society would maximize both liberty and capital. In other words, be rich and get along. It is the closest one can get to total freedom right now. It is also the fastest path to total freedom in the long run.

This is because anarcho-capitalism incorporates libertarianism, which tries to maximize liberty. It also advocates economic policies that lead to the most rapid wealth generation possible. This rapid capital accumulation is not based on clever plans, but accomplished merely by recognizing that humans are most productive in a free market environment. Thus the plan is simply to allow people to work and transact freely. This might lead some people to not work at all, which might seem counter-intuitive. Yet, history shows that the fewer restrictions placed on people, and the more closely a society lives by the non-aggression principle, the more incentives people have to save and innovate. This leads to technological progress, capital accumulation, and higher standards of living.

So freedom means having the power to live your dreams. Ancaps wish to make everyone as free as possible by creating peaceful societies with maximum liberty and wealth societies with maximum capital. Freedom for all is the goal of anarcho-capitalism — not some vague, utopian freedom, but real, mobile-phone wielding freedom. Science, technology, libertarianism, and capitalism are how we get there.

3 thoughts on “What is Freedom?”