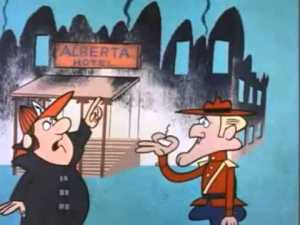 How do intentions factor in to ethical analysis? Can one be forgiven for doing something evil if they had intended to do something good? Deontological libertarians only care about whether the NAP is violated, so intentions do not appear to be relevant at first glance: all that matters is who is responsible for conflict.

So if someone attempts to do something evil, but ends up doing something not-evil, then from a libertarian perspective that is okay. If you try to build a death ray, shoot your neighbor with it, and unintentionally cure his cancer then you have probably not done anything unethical, even though you tried to. Similarly, if you try to do something peaceful, like give someone a massage, but you accidentally kill them then you have unintentionally done something unethical.

So intentions are not sufficient to determine ethical outcomes, and cannot be used as an excuse for some crime. Honor killing is still murder. However, intentions can affect who is responsible for a crime and thus indirectly affect an ethical conclusion under certain circumstances.

For example, suppose you are a private courier and you deliver a package to someone. The package turns out to be a bomb and kills them. Are you responsible? No. As Kinsella and Tinsley would say, you were merely the means in some criminal’s plot. If, however, you were aware of the bomb and delivered it anyway, then you are in some way responsible. You knew that delivering the package would kill the recipient, so in delivering the package you intentionally killed him. Your knowledge shifts some of the blame to you, just as if someone handed you a gun and paid you to go shoot someone.

Is a crime less of a crime when committed unintentionally? Intuitively there seems to be a difference and many legal systems reflect that notion by giving lesser punishments for unintentional crimes. But what is the difference to an individual if their window is broken on purpose or accidentally? One ethical basis might be that buried in the intentional crime is an implicit threat that such aggression could occur again in the future. One would have to live in fear of further aggression, which is a clear violation of the NAP. On the other hand, the chance of repeat crimes is much lower in the case of an accident.

So intentions do have some weight in ethical analysis. While this will not excuse those who, for example, use government to try to do good things it might be enough to affect the outcome of certain ethical problems.